Two Strange Objects Found By Two Farmers In Two Different Places… All At The Same Time!

Everyone knows that farmers are the ones responsible for yielding the crops we eat. Their job description involves feeding animals, planting seeds, watering them, nurturing them, and harvesting them (among about a million other things). All of this sounds like pretty normal work. However, sometimes things can get strange for farmers. From crop circles to disappearing cows, our trusty farmers have many a bizarre tale to tell.

The story you’re about to read is one of the best of them. Two farmers from distant properties found two mysterious and seemingly connected objects at the same time. While this could be put down to coincidence, there are some key features of the objects (like the fact that they’re both thousands of years old) that make it seem like something more than just chance. While research suggested that the two ancient artifacts are connected, these farmers had no idea what they were even looking at when they first discovered them.

On Christmas morning of 2015, Jose Antonio Nievas woke up in his beautiful ranch in Argentina feeling festive and a tad sentimental. He decided to start his day with a nice walk around his property to take in the scenery and do some much-needed reflection on the year just gone and the one about to start. 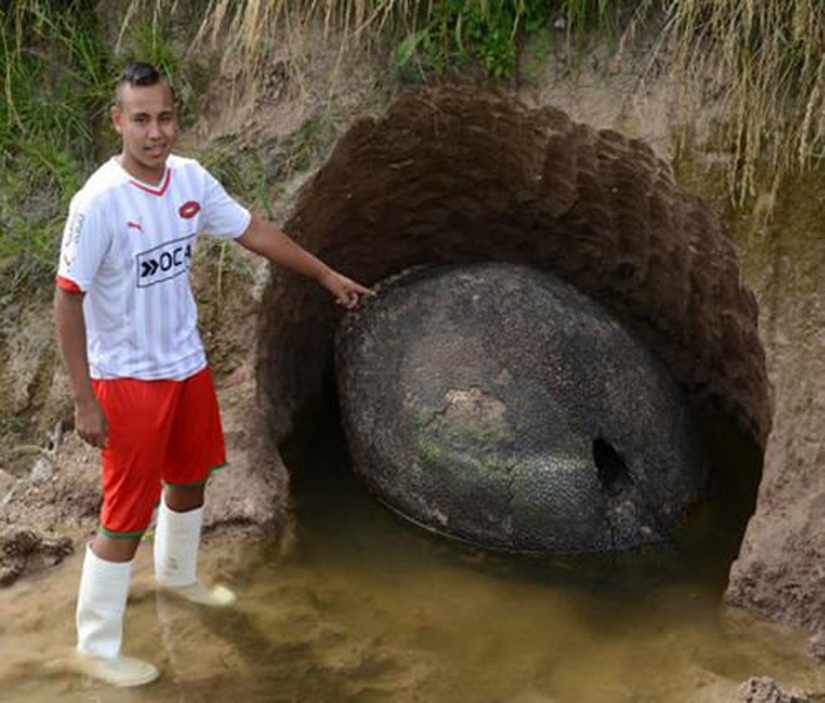 Jose had a beautiful ranch with a stream running through his property. But as he walked past the bubbling little body of water, he noticed something that wasn’t usually there: a massive rounded stone resting on one bank of the stream. Curious, he walked towards it only to find out that it was more than just a boulder.