Man Introduces His Wife To Two Gorillas He Raised. What Happened Next Was Not What He Expected.

Victoria knew what she was getting into when she married Damian Aspinall, an owner of two zoos. It would be a lifelong commitment with an amazing man and a bunch of exotic critters big and small. Deep into their marriage, however, Damian did something that Victoria had no way of predicting or preparing for. He flew her to Gabon to meet two gorillas he had raised and released into the jungle more than a decade ago.

It took the couple a while to find the two gorillas in the wild. While their jungle adventures were certainly memorable, what made the experience truly life-changing was what happened when Damian finally got the chance to introduce Victoria to his primate pals. This innocent introduction triggered a series of events that no–one saw coming. Read on to discover what happened when Victoria met Damian’s primate friends. Keep in mind, things did not go as planned!

Damian’s father, John Aspinall, was one of the key figures in establishing Howletts Wild Animal Park in 1957. This meant Damian was given the rare opportunity to grow up on a 700-acre estate in Kent, England, surrounded by a wild array of exotic animals. He was one lucky kid! 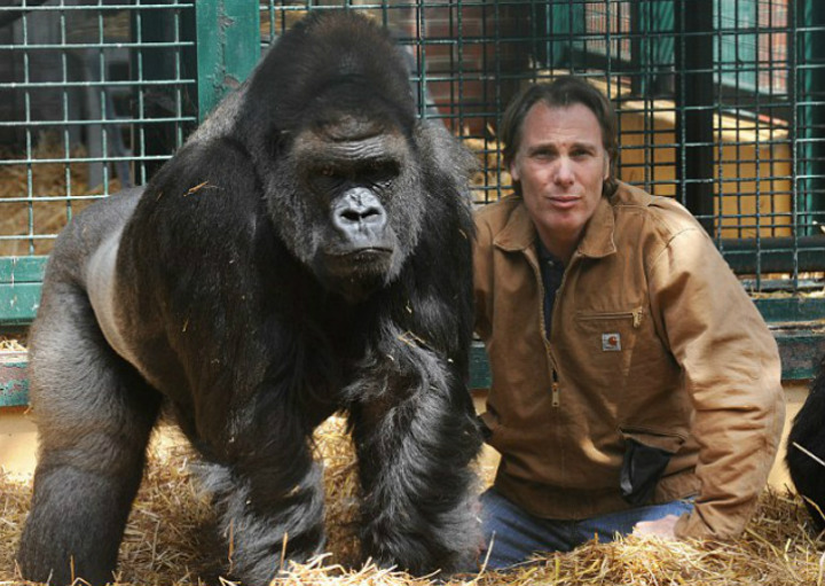 During his childhood, Damian spent a lot of time with one gorilla momma in particular. There was even a moment when he managed to get himself stuck in a tree, only to be rescued by that same gorilla. He was crying, but the mother primate wiped his tears and did her best to comfort him. While this alone is an astonishing experience, it’s got nothing on what happened when Damian introduced his wife to the gorillas he raised (more on that coming up).